The Disney Poster Book: Featuring the Collection of Tony Anselmo 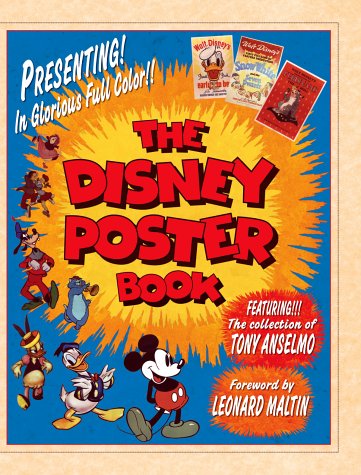 A gallery of large format, stunningly colorful posters highlights the work of Disney’s classic stars-Mickey, Donald, Goofy, and Pluto-as well as Disney’s most recent feature animated films from The Lion King through Lilo &Stitch. More than 100 posters are included, with an engaging introduction to each section that sets the scene for the delightful images that follow. Full of excitement and vitality, these brilliant, exuberant works of art-surely among the greatest movie posters ever created-capture in print the magic and spirit of Disney’s most celebrated characters and films. Tony Anselmo is a longtime Disney poster collector. He balances his duties as the voice of Donald Duck with his career as an animator on Disney features. He is the first person at Disney to animate and provide the voice for the same character at the same time.