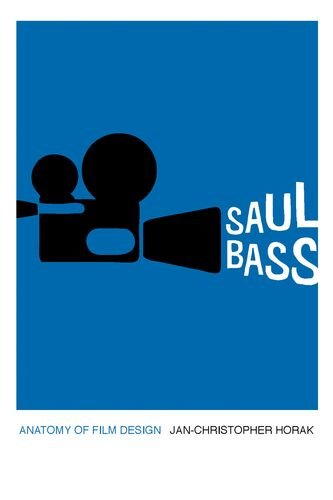 Iconic graphic designer and Academy Award–winning filmmaker Saul Bass (1920–1996) defined an innovative era in cinema. His title sequences for films such as Otto Preminger's The Man with the Golden Arm (1955) and Anatomy of a Murder (1959), Alfred Hitchcock's Vertigo (1958) and North by Northwest (1959), and Billy Wilder's The Seven Year Itch (1955) introduced the idea that opening credits could tell a story, setting the mood for the movie to follow. Bass's stylistic influence can be seen in popular Hollywood franchises from the Pink Panther to James Bond, as well as in more contemporary works such as Steven Spielberg's Catch Me If You Can (2002) and television's Mad Men.The first book to examine the life and work of this fascinating figure, Saul Bass: Anatomy of Film Design explores the designer's revolutionary career and his lasting impact on the entertainment and advertising industries. Jan-Christopher Horak traces Bass from his humble beginnings as a self-taught artist to his professional peak, when auteur directors like Stanley Kubrick, Robert Aldrich, and Martin Scorsese sought him as a collaborator. He also discusses how Bass incorporated aesthetic concepts borrowed from modern art in his work, presenting them in a new way that made them easily recognizable to the public.This long-overdue book sheds light on the creative process of the undisputed master of film title design―a man whose multidimensional talents and unique ability to blend high art and commercial imperatives profoundly influenced generations of filmmakers, designers, and advertisers.