Disney Movie Posters: From Steamboat Willie to Inside Out (Disney Editions Deluxe (Film)) 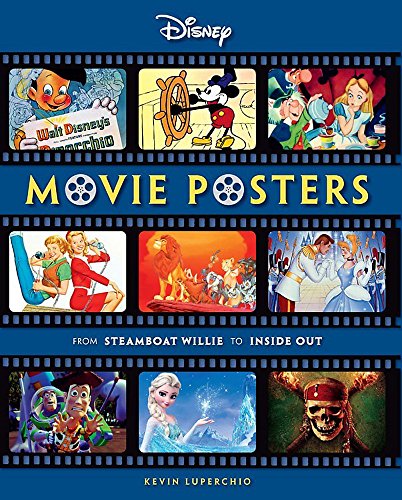 Anyone who has ever seen a Disney movie knows that the iconic images are beautifully conveyed via the magnificent posters. The tone of the movie and the full range of emotions we experience in seeing the film are often captured in a single poster. After having seen and experienced a wonderful Disney motion picture, the mere sight of the poster can bring back the feelings of having taken the journey by watiching the film. Disney Movie Posters is a tribute to those posters, which tell the story both before and after we see the movie. Disney Movie Posters have been an important part of the motion picture process since Disney began making motion pictures. Not only are they eye-catching pieces of artwork, they are also designed to entice the movie-going audience. From Steamboat Willie, to Frozen and countless movies in between, Disney Movie Posters have been an important part of the films themselves. Disney shorts, animated movies, live action movies and Pixar movies can be remembered and honored by the posters that so efficently capture the magic of the film.