Film Posters of the 90s: The Essential Movies of the Decade (EVERGREEN) 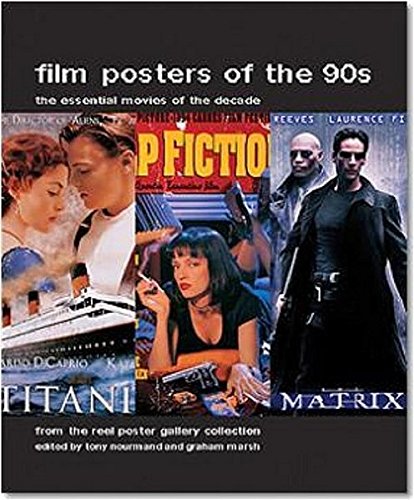 Whatever your taste in movies, the filmmakers of the 1990s had it covered. On the one hand, the big studios took advantage of the ever-increasing sophistication of computer-generated imagery to produce spectacular, mega-budget 'event' movies like "Titanic", "The Matrix" and "Mission: Impossible"; on the other, a new generation of independents like Tarantino and the Coen Brothers was winning its spurs with low-tech and often low-budget productions such as "Reservoir Dogs" and "The Big Lebowski". Spielberg turned his attention to the Second World War with "Saving Private Ryan", Eastwood and Costner gave the Western a new lease of life with "Unforgiven" and "Dances With Wolves", and the Brits chipped in with two unexpected successes, "The Full Monty" and "Trainspotting". From the eerie psychosis of "The Silence Of The Lambs" to the romantic fantasy "Pretty Woman", this was a decade that offered something for everyone. Hollywood may have become besotted by all things digital, but print on paper, in the form of the poster, remained one of the most important means of promoting movies of all kinds, and the poster artists of the 90s proved that they could still produce striking and alluring images. This book reproduces the pick of the decade.