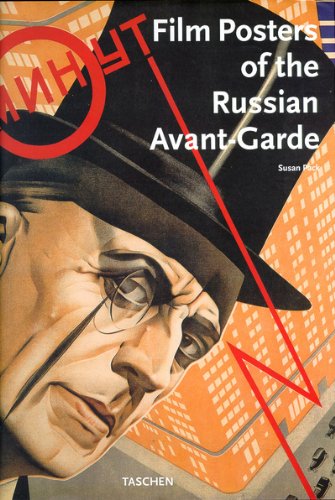 Back in the USSR: 250 film posters capture the cultural energy of the pre-Stalin eraAt the intersection of the visual, graphic, and cinematic arts, film posters are a unique and thrilling record of aparticular cultural Zeitgeist. This book brings together 250 posters from the pre-Stalin Soviet Union of the 1920s and 1930s to explore theenergy and invention of this period, before Soviet Realism became the official art doctrine.Drawn from the private collection of connoisseur Susan Pack, the selection includes the work of27 different artists. From bold figuration to architectural elements, each artist displays a distinct style and aesthetic, as much as they collectively eschew the glamour of Hollywood for morestark, striking, even challenging images, often marked by unusual angles, dynamic compositions, and startling close-ups.About the series:Bibliotheca Universalis— Compact cultural companions celebrating the eclectic TASCHEN universe at an unbeatable, democratic price!Since we started our work as cultural archaeologists in 1980, the name TASCHEN has become synonymous with accessible, open-minded publishing.Bibliotheca Universalis brings together nearly 100 of our all-time favorite titles in a neat new format so you can curate your own affordable library of art, anthropology, and aphrodisia.Bookworm’s delight — never bore, always excite!Text in English, French, and German