What is the Greatest Movie Poster of All Time? Is it because of the imagery? The colour? Or the best looking one? What do you all think?

The greatest poster in my opinion has to be the Dark Knight, where Batman is shown in front of a building with the Bat symbol burning. The whole layout is just breathtaking and there are heaps of reasons why its The Greatest Poster.

What is the Greatest Movie Poster of All Time? 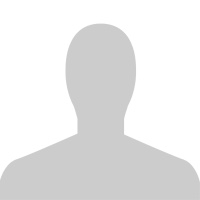 i can tell you im a fan of posters that have one image that the whole movie will be recognized by.... i guess your bat symbol is a good example... theres very little else that such a symbol could be... my favorite one ever would have to be the matrix revolutions poster with code on top spelling out "everything that has a beginning has an end" ... it doesn't even tell you the name of the movie but you know what it is

i've always like the 'alien' poster and how the imagery (an egg and some plasticine) has nothing to do with the film and yet it conjures up exactly how the film feels.

Yeah, the Alien poster is one of my favorites.

My Most Favorite is the poster for "The Lord Of The Rings:The Fellowship Of The Ring" with the fellowship's dark figures are shown walking in a single file.

My Top Five are
1.Starwars Episode 1 "the shadow Vader"
2.Lord of the Rings "the Argonauts"
3.Indiana Jones 1,2,3
4.The Last Samurai
5.Lethal Weapon "is it the red or the blue wire?"

My Top Five are
1.Starwars Episode 1 "the shadow Vader in the desert"
2.Lord of the Rings "the Argonauts"
3.Indiana Jones 1,2,3
4.The Last Samurai
5.Lethal Weapon "is it the red or the blue wire?"

For me the Italian version from "Escape from New York"

My favorite is still Drew Struzan's poster for the original "Back to the Future" film. Its a classic piece, and will hopefully remain one for many more years to come. It'd be great if he came out of retirement though, to do a revamp for the film's 30th anniversary next year.