At 17 Leigh-Anne Williams has a six month old baby to look after, with only the help of three teenage squatters who flog stolen gear to make ends meet. A neighbour (actually from Turkey) across the street becomes target to her growing paranoia that Social Services are going to take her daughter, Rebecca, away from her. Her behaviour becoming increasingly desperate as her delusions over her neighbour grow. 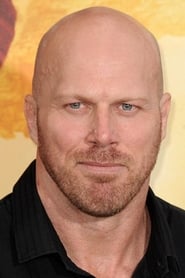 A Way of Life movie stills