The movie begins with an extraterrestrial humanoid species, the Glegoliths, wandering through space in search of a new world. Encountering an unknown planet (which turns out to be Earth), the Glegolith leader (Cyrillus) sends two "manned" probes to the surface to determine if it is suitable for colonisation. The scouts in the probes think they have arrived at a great city, but in fact they have arrived at a new amusement park that is not yet open to the public. They proceed to explore four amusement rides. 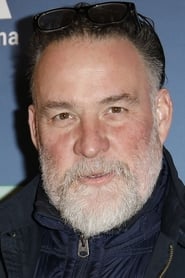