Figments of a Father is a short film about a young man on the brink of revolutionizing the world with his groundbreaking business idea. Confident and secure in the success of his concept, he visits a luxurious hotel to meet with an influential supporter and potential backer who has the power to bring his idea to life. During the course of his stay however, the world around him begins to deteriorate, and the validity of his idea is challenged as his reality becomes something else altogether. 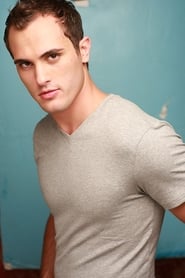 Figments of a Father movie stills