Kamen Rider V3 (仮面ライダーＶ３, Kamen Raidā Bui Surī, "Masked Rider V3" in English), is a Japanese tokusatsu drama and the second installment of the Kamen Rider Series. Debuting as the 2nd entry of the Showa Era, it serves as a direct sequel to the original Kamen Rider. A joint collaboration between Ishimori Productions and Toei, the series aired from February 17, 1973 to February 9, 1974, with a total of 52 episodes. Every episode of Kamen Rider V3 began with an opening monologue: "Kamen Rider V3, Shiro Kazami, is an altered human. Mortally wounded by Destron, he is rebuilt by Kamen Riders 1 and 2, reborn as Kamen Rider V3.". 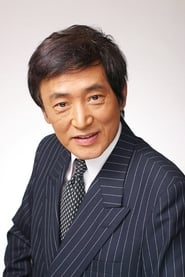