Gerry Anderson's New Captain Scarlet is a United Kingdom-produced computer-generated imagery action-adventure TV series which debuted in February 2005 as part of the Ministry of Mayhem on ITV. Created by Gerry Anderson, it is a Hypermarionation reboot of the classic 1967 Supermarionation series, Captain Scarlet and the Mysterons, created by Gerry and Sylvia Anderson. 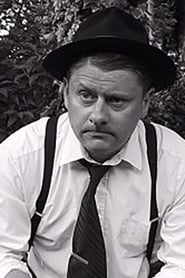